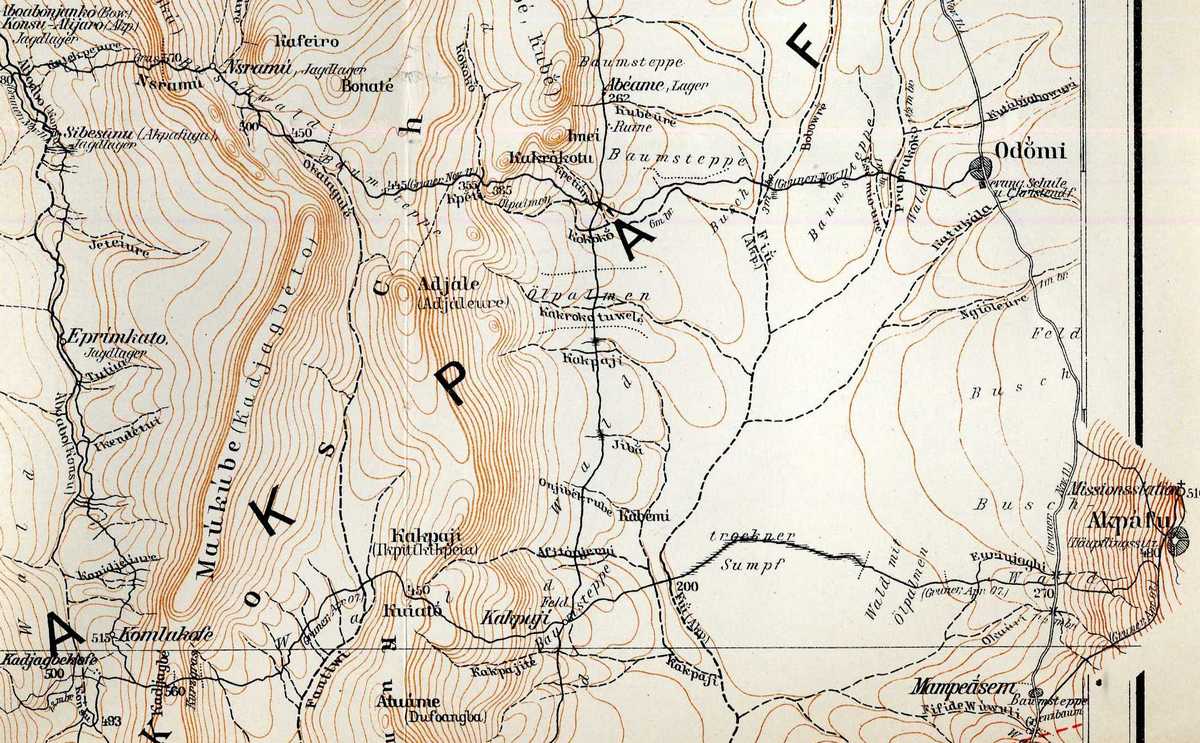 There is a lot to admire about this map. The placenames are detailed and transcribed fairly well. The isolines are very accurate, as can be seen from a Google map of the same terrain. This is because Gruner traversed the area several times from east to west and north to south. (All of the journeys are marked on the map.)

It’s not hard to recognise some of the placenames. On the extreme left we have “Eprimkato”, which today we’d probably write Iprimu-kato ‘the top of Iprimu’. The Kɔnsu river flows through the valley below it. The ridge just east of it (and here right of it) is Maukube, translatable as “Mawu mountain”. More in the center, the names of rivers like Kakpaji and Fio (“Fiũ”) are also recognisable.

Mempeasem, though it was officially funded only in the late 1920s, is already marked as a small settlement here. Many abandoned settlements in the Kùbe mountains are indicated in the accompanying description by Gruner. (Archaeologists take note! Here we find the remains of one of the famous indigenous iron industries of West Africa.) There are also many Jagdläger (hunting camps) indicated, many of which are still in use today by hunters from Akpafu.

And so on! More details to follow in about a month’s time.