Travel journals provide some of the first written sources on Akpafu. I have previously posted an excerpt from a 1887 journal by David Asante. This here is an excerpt from a similar journey two years later. The whole journey took three months, but this excerpt relates only a trip to two Akpafu towns on 17-18 December 1889. Nicolas Clerk, an indigenous missionary born in Aburi, was alone during the first part of the journey and accompanied by his colleague Hall from Dec. 30 onwards. END_OF_DOCUMENT_TOKEN_TO_BE_REPLACED 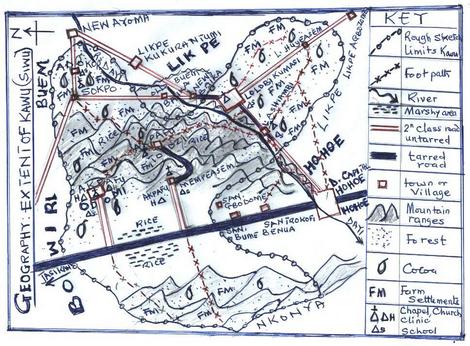 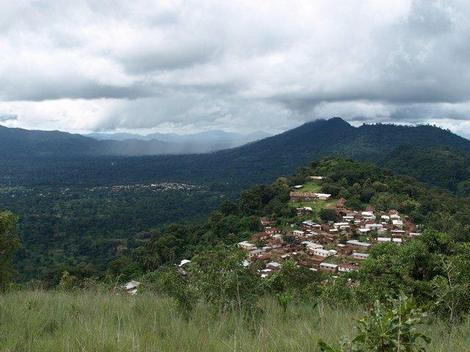 The earliest description of Kawu (Akpafu) I have found so far is quite special in that it was written by an African in an African language. A German translation of it appeared in 1889 and can be found below. The original is a report of a travel made in early 1887 by David Asante. David Asante1 (1834-1892) was the son of a christianized chief in Akropong, and one of the first Africans to be trained in Basel. Together with a few unnamed white missionaries, Asante travelled throughout what is today the central Volta Region of Ghana, visiting Nkonya, Boem, Akpafu, and Santrokofi (amongst other places). He wrote down his experiences in Twi and sent the report to Basel, where it was subsequently translated into German by J.G. Christaller, one of the founding fathers of West African linguistics.2 The translation was published in 1889 in the transactions of the Geographische Gesellschaft für Thüringen zu Jena. 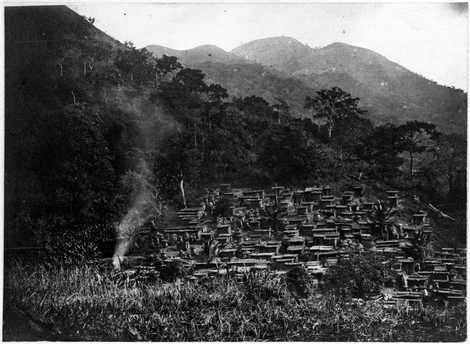 Akpafu-Todzi in the late nineteenth century (the picture is from a later date than David Asante’s expedition)
Source: Staatsarchiv Bremen #7.1025-0077

According to the account itself, this was the first time that Europeans set foot in Kawu. I hope to be able to provide a full English translation later, but here are a few nice excerpts to start with:

We arrived in Akpafu somewhere around nine; the town is big, its main street wide. When we arrived, all of the townspeople flocked together to see us — even the smiths stopped their work — because there had never been a European there before. Had it depended just on them, we would have stayed for several days. They first led us to a place where we could refresh ourselves; from there we went to salute the king, an old, powerfully built man.3 (…) Their giant king was very amiable and wanted us to stay for several days; however, our schedule did not permit us to do so.
(…)
Of the people of Boem, these are the brightest. (…) Because of their ironwork, everything is well-organized; for people from all places come here to buy iron tools. (…) The diligence of these people, their hospitality, and their tranquil behaviour pleased us so much that we really came to love them.
David Asante, 1889.