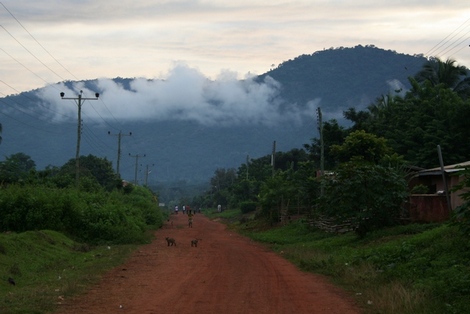 It is no news that people are animals, especially not this Darwin Year. But normally that something we say of ourselves. Wouldn’t it be rather more interesting if another member of the animal kingdom would weigh in on the matter?

It happens in Kawu, where I am right now for fieldwork (hence the silence on this blog). The call of the ìsakpòlò (Common Bulbul, Pycnonotus barbatus),1 singing in the early morning, perfectly resembles the tonal contour of the following Siwu phrase:

Tone in Siwu is lexically distinctive. Low tone is marked by grave accent (à), High tone is unmarked, and the rare Extra High tone (which in most cases arises from tonal sandhi processes) is marked with an acute accent (á).

The first time I became aware of this bird was when one of my assistants jokingly said, ‘That bird is insulting us.’ Next time I’ll try to provide a picture it. Meanwhile, there you go. People are animals. You didn’t hear this from me. You heard it from the ìsakpòlò bird.

In pursuit of early written sources about Kawu I came across a useful summary of explorations in the Volta Basin in the 1870s and 1880s. The document is clearly based on some dead serious German reports from around the same time, but it is written in a dry tone with barely submerged irony as only the British can do it.

These travel reports are probably of greater value to anthropologists than to geographers. Here are two fascinating bits on some of the unforeseen effects of the diligent missionary efforts of the Basel Mission:

On the 17th, much to our surprise, we reached the pleasant village of Nkaneku after a march of only an hour and a half. It is inhabited by fifty or sixty Asante, who are hunters, and were busy smoking the meat of the buffaloes which they had killed the day before. We here met with another caravan coming from Salaga. Its guides were two Fante Christians from Cape Coast Castle, who much scandalised us by alternately calling upon Allah and Christ. (p. 250)

The fetishes have quite recently come into discredit, for rumours have reached Adele and Akabu from Efe, affirming that a son had been born to God, who had forbidden all work on the Sabbath-day. At the same time quite a new class of priests, male and female, has arisen, who claim to prophesy by inspiration of God, and not of a fetish, and who have built themselves huts at the outskirts of the villages, where the credulous may consult them. One of this new order of priests claimed fellowship with David Asante. (p. 256)

(David Asante, you will remember, was an indigenous pastor educated by the Basel Mission. It is not difficult to imagine how inwardly torn he must have been at times.) 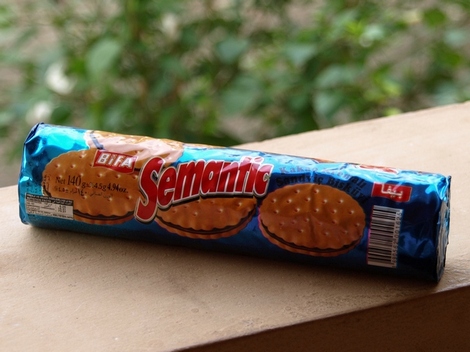 Semantic cookies are sold in Akpafu-Mempeasem, central Volta Region, Ghana (among other places)

Fieldwork sessions on lexical semantics have become a lot easier since I found these cookies. I came across them in a small and dusty store in Akpafu-Mempeasem, my fieldwork hometown of all places.

Semantic cookies are made in Turkey by a company called BiFa Bisküvi. As BiFa they certainly have a knack (or failing that, a dictionary) for coining strange product names; other products of theirs are called Appeal, Effect, Talent, and Wisdom, to name just a few. 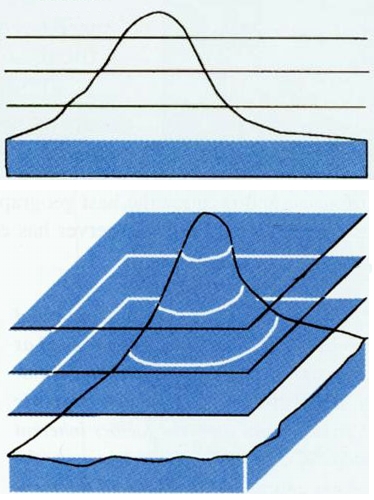 Hidbap is Diuwe’s closest neighbour both geographically and phylogenetically. It is a language spoken above 100m but below 200m in the same area as Diuwe, that is, 12 miles southwest of Sumo, east of the Catalina River. Like Diuwe, it has exactly 100 speakers. The languages are quite closely related, though there is no mutual intelligibility due to the presence of a large bundle of isoglosses at the 100m isoline. Speakers of either language avoid crossing into each other’s territories at all cost (see below). END_OF_DOCUMENT_TOKEN_TO_BE_REPLACED