The Mawu, Kawu, and Siwu

This chapter introduces Siwu and its speakers. It provides a brief ethnographic sketch of the Mawu, situates the Siwu language in its geographical and phylogenetic context, and surveys the work on ethnography and linguistics that has appeared in the less than 150 years since the first written mention of Siwu. 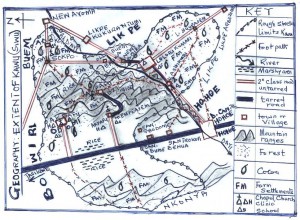 Kawu is in the central Volta Region of Ghana, east of Lake Volta. The map of Kawu to the right here was created by John Atsu of the Siwu Language Committee (click to enlarge). It shows the main Hohoe-Jasikan road as a bold horizontal line. The Kawu area is divided into two zones: Akpafu (north-west, left on this map, comprised of Todzi, Odomi, Mempeasem, Adokor, and Sokpoo) and Lolobi (south-east, right on this map, with Kumasi, Ashiambi, and Huyeasem). Right in the center of the map lies Akpafu-Mempeasem, the village that is my home base while in the field. There is a foot path from there to Adokor (top left corner) which crosses the mountains (via Todzi) and a densely forested valley, until it reaches Sokpoo, where it changes into a 2nd class untarred road. 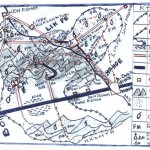 A map of Kawu by John Atsu 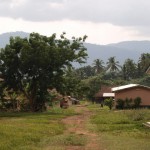 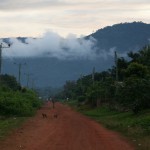 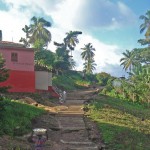 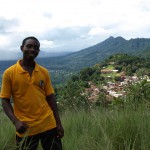 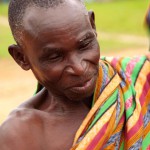 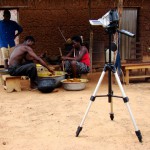 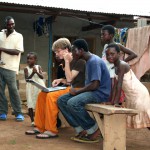 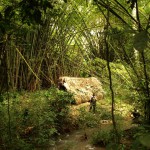 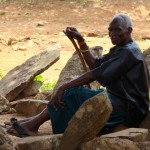 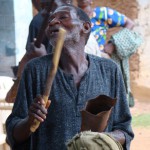 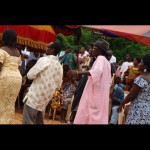 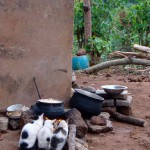 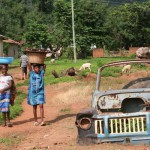 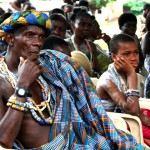 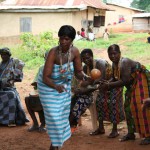 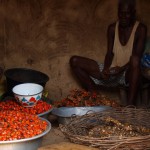 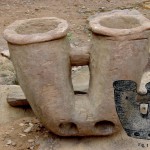 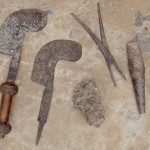 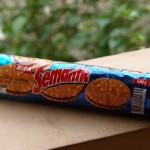 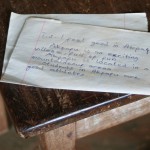