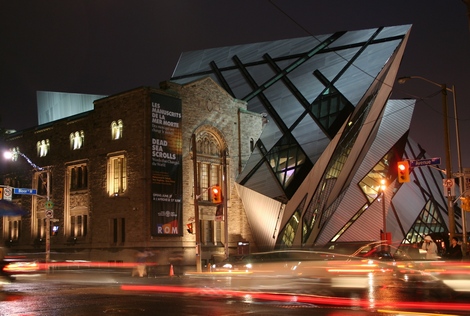 Embedded in the Iconicity conference in Toronto is a pleasant surprise: a three-day workshop entitled Cognitive Poetics: A Multimodal Approach. Speakers include Reuven Tsur, David Herman, Margaret Freeman, David Miall, Zoltan Kövecses, Yeshayahu Shen, Mark Changizi, and of course the organizer, the colourful Paul Bouissac. (As an aside, I can’t resist quoting the latter on the omnirelevance of semiotics: “My definition of semiotics is everything that is interesting.”)

The programme features quite a diverse bunch of researchers, but there is at least one thing uniting most of them: they theorize about written language. In contrast, my data is not published prose or pristine poetry collections, but the mundane chatter of everyday life. So it seems I’m the odd one out. After all, what could face to face conversation have to do with such lofty things as cognitive poetics and literary theory? In actual fact it has a lot to do with it; one could argue that it forms the bedrock of it all. For spoken language comes of course first on both the evolutionary and ontogenetical timescales: it comes before writing in the history of mankind and in the history of each and every individual. It follows that if one wants to find out how and why authors structure texts, how recipients engage with them, and how meaning emerges in the process, the natural place to start looking would be face to face interaction — the primordial home of language.

Yet what I’ve heard so far leaves me with the feeling that many literary theorists operate on the assumption that the phenomena they are exploring are unique to literature. The effect is that they risk overlooking the many lessons that can be drawn from everyday language. I think a more inclusive approach would have far more potential: aren’t these issues best tackled by looking at verbal art in the widest sense, including not just written, but also spoken, gestured, signed, and performed forms of artful language? After all, all of the literary phenomena we hear about at this conference —aesthetic involvement, enaction, evocation, repetition, foregrounding, multi-modality, intermediality, and yes, literariness— ultimately derive from the affordances of spoken language in its various forms: from what one might call the aesthetics of everyday language.

Or to make the point in one sentence: had I videotaped the coffee breaks, we would have been able to observe all these forms of ‘literariness’ in their natural habitat.

I have since integrated the point of view expressed here in a published paper titled Ideophones and the aesthetics of everyday language in a West-African society. Another case study of how the everyday aesthetics of talk-in-interaction may give rise to techniques of verbal artistry and ritual communication can be found in a chapter of my thesis.